Maimonides teaches that intellectuals should not be moral

An Intelligent Person is not Moral

Morals are rules of proper conduct, what is good and what is bad. They inform people how to live a proper and safe life. Moral deeds seem to be what all people should do. But is this true?

Moses Maimonides (1138-1204) seems to disagree; the best life is not the moral life, but the life based on the use of reason. Like Aristotle, Maimonides stresses in his Guide of the Perplexed 1:1 that people must develop and use their intellect.[1] In 1:2, he interprets the story of the Garden of Eden as a parable that emphasizes that: “Through the intellect one distinguishes between truth and falsehood.”[2] This ability to distinguish between truth and falsehood is the ideal human state. In the parable, it was the initial stage of Adam before he ate the forbidden fruit. “When man was in his most perfect and excellent state (before he ate from the forbidden fruit), in accordance with his inborn disposition and possessed of his intellectual cognition…he had no faculty that was engaged in any way in the consideration of generally accepted things, and he did not apprehend them. So among these generally accepted things[3] even that which is most manifestly bad, namely, uncovering the genitals, was not bad according to him, and he did not apprehend that it was bad. However, when he disobeyed (by eating the forbidden fruit)…he was punished by being deprived of that intellectual apprehension.”[4] 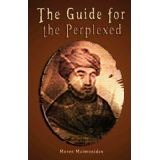 Maimonides is distinguishing “truth and falsehood,” the ideal human state, the way intellectuals deliberate, from “good and bad,” the way most people think. In the parable, before eating the fruit, representing the ideal state, humans are intellectually superior. They know reality, “what is true and what is false.” After eating the fruit, a metaphor for common people today, people only know “generally accepted things,” also called “necessary truths,” moral truths, ideas that are “necessary” for the general population to exist. (Maimonides borrowed the term “generally accepted things” from the Greek and Muslim philosophers.)[5]

Maimonides saw the Torah parable teaching that an intelligent person should live a life based on reality, on what is true and false, while the average person who lacks the ability to do so should live according to “necessary truths,” morality. Thus Maimonides does not teach the importance of morality, just the opposite. Morality is only “generally accepted things.” True, Maimonides repeatedly stressed “good behavior,” such as the Aristotelian “middle path,” the need to avoid extremes.[6] But this is the “generally accepted” morality, not the ideal.[7]

Maimonides makes it clear in his Mishneh Torah, Hilkhot De’ot 1:4 and 5, that the moral “middle path” is the “necessary truth,” the guidance given to the general public who are not capable of evaluating every occurrence in their lives and making decisions each time how they should act based on reason, on what is true and false. The ideal path, the method for the intellectual, is “the virtuous way,” the carefully considered rational behavior beyond the middle path, when reason dictates the need for such behavior. Maimonides writes:

In the previous four paragraphs, Maimonides introduces the concept of the “golden mean” and advises people to live a life in which they behave according to a middle path between two extremes. For example, people should not be overly stingy nor should they be spendthrifts; they should not laugh excessively nor be sad and dispirited. He calls this derekh hachakhamim, “the path of the wise.” Here in the fifth passages, he modifies what he said. In English translation,[8] he writes:

An individual who is very careful about himself deviates somewhat from the mean to either side is called virtuous.[9] For example, the individual who distances himself from pride and turns to the other extreme and becomes very humble – this is the virtuous quality. But if he only moves toward the middle and is humble is called[10] wise – this is the quality of wisdom. The same applies to all other character traits.

Thus, while many people would argue that all people should be moral, Maimonides says in Guide 1:2 that this is only the “essential truth,” the behavior for the general population. But the ideal is that people should if they are able use their intelligence in everything they do. This, as he states in Hilkhot De’ot 1:5 is the true “virtuous behavior.”

Both the essential truth of morality and the real truth advocate proper conduct. However, the essential truth focuses only on what the average person is capable of doing, morality. The difference between the two can be seen in the example presented by Maimonides in his Hilkhot De’ot. The average person following morality is advised to follow the middle path for it is easier than having to analyze every situation independently, while intellectuals, who are capable of using reason and considering the “true” results of their behavior, are told to deviate when advisable from the middle path.

[1] Translation by Shlomo Pines, The Guide of the Perplexed, pages 21-23. Maimonides repeats this lesson frequently.

[5] See, for example, Ibn Tufayl, Hayy ibn Yaqzan, University of Chicago, 2003, where he mentions many philosophers holding this view.

[9] The Hebrew is chasid, which could also be translated “pious,” but the concept of piety seems inappropriate here.

[10] While this is what Maimonides says, it is clear that what he means is “while this is not the best behavior, it is still considered wise behavior.”

[11] Meaning, that while the preferred behavior, it is not obligatory; for as we are showing, most people cannot do this.

[12] Deuteronomy 28:9. Maimonides explains this later concept of imitating God in the next paragraph. Then, in the seventh paragraph, he advises people to develop habits of proper behavior so that when it is necessary to act, people can respond properly according to the habits they developed.