It is Necessary to Lie to the Average Person about Philosophy 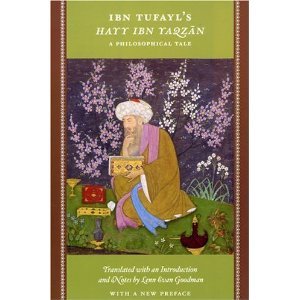 There are many valuable lessons in the philosopher Ibn Tufayl’s twelfth century masterpiece. But what is most interesting in his parable is his view, a restatement, in clear dramatic fashion, that wise people, philosophers, and religious leaders, must refrain from telling what they understanding to the general population. This is especially true, he states, about religion. Organized religion, as understood by the masses, is necessary for the masses, but wrong for people with understanding because it is not true.

Ibn Tufayl (around 1110-1185) introduces his story by telling how his predecessors hid truths from the multitude. They told one thing in books they expected the general population to read and something entirely different in books that they wrote for scholars.

Alfarabi (870-950), for example, wrote in his The Ideal Religion that the souls of wicked people live on after death and are perpetually tortured, but in his Civil Practice and in his commentary on Aristotle’s Ethics – the Greek Aristotle lived from 383 BCE to 322 BCE – he wrote that the notion of life after death is plainly wrong and that “all other claims are senseless ravings and old wives’ tales.”

Similarly, Ibn Tufayl tells us that the philosopher Avicenna (980-1037) warned intelligent people to be careful in how they read Aristotle because “if you take everything in Aristotle (literally) you will end up far from perfection.”

So too, while discussing Ghazali (1058-1111), Ibn Tufayl points out that this philosopher hid what he truly meant so that only those who were learned would understand what is true. “Most of what he said was in the form of hints and intimations, of value to those who hear them only after they have found the truth by their own insight or to someone innately gifted and primed to understand. Such men need only the subtlest hints.”

Ibn Tufayl writes that he himself, despite years of study and his intelligence, had to work hard to unravel the truth from the lies he was taught by his teachers and the lies that he saw in books. They are notions that are not based on the truth but on blind faith, and are wrong.

What is the Hayy Ibn Yaqzan parable?

Hayy is either spontaneously generated on an equatorial island or is born like all humans, put in a box while he is a baby, placed in the ocean to protect him from a king who wants to kill him, and the box is washed up on the island. There are no predatory animals on the island, so Hayy is safe from being mulled by beasts. A deer finds the child, feeds him her mother deer milk, and raises him. Little by little, Hayy grows cared for by the deer, and being exceptionally intelligent, learns about nature and how to care for himself. He figures out how to protect his food from animals, how to build a store house and a door, and other matters.

When the mother deer dies, Hayy has difficulty understanding what death is. He cuts up her body and comes to believe that there is something beyond the physical that is responsible for life. By age 28, using his intelligence, he figures out that God exists, that “all actions attributed to (everything on earth) were brought about through them by another Being,” and he turns his mind to study the heavenly bodies. By age 35, “Hayy found marks of wisdom and divine creativity that exhausted his power of admiration and confirmed his belief that all this could only have a Cause of consummate perfection – beyond perfection…. By now thought of this Subject was so deeply rooted in his heart that he could think of nothing else.”

Thus, and this is significant to the understanding of the parable, Hayy attains true knowledge. It is irrelevant that people can argue that it is impossible to attain “true knowledge,” that humans have insufficient brain power to do so. It is important to realize that this is a parable and the author is saying that Hayy attained this goal. Ibn Tufayl then spends about a dozen pages telling us how this “true understanding” shapes Hayy’s behavior. This is interesting, but what is important is that Hayy, who attains “true understanding,” encounters the “true religion.”

In the parable, the “true religion” exists in an island close to where Hayy is living. The “true religion (is) based on the teachings of a certain ancient prophet…. Now the practice in this religion (as it is in all religions) was to represent all reality in symbols.”

Two “fine young men of ability and high principle” grow up on this island: Absal and Salaman. Both study the religion and both accept it “enthusiastically. Both hold themselves duty-bound to abide by all its laws and precepts for living.” But Absal “was the more deeply concerned with getting down to the heart of things, the more eager to discover spiritual values, and the more ready to attempt a more or less allegorical interpretation.”

But Salaman, like most religious people today, “was more anxious to preserve the literal and less prone to seek subtle intensions. On the whole he avoided giving too free rein to his thoughts.”

Absal spends many hours studying and he wants to find a place where he can seclude himself, delve into the truth underlying the symbolic teachings of the “true religion,” contemplate them, and understand them. He hears about the secluded island where unbeknownst to him Hayy is living and studying the truth. He sails there and studies there as he planned.

Hayy sees him and after some time is able to learn Absal’s language and speak to him. Absal tells him about the island where the “true religion” is taught and practiced. Hayy wants to see the island and its people. He hopes that he can learn from these people. So the two sail to the island.

Hayy sees two things that puzzle him. First, why did the prophet of the “true religion,” who knew the truth, “rely for the most part on symbols to portray the divine world, allowing mankind to fall into the grave error of (the truth about God, the functioning of the universe, and of reward and punishment) instead of revealing the truth?”

Second, while Hayy is impressed with the religion’s rituals, he can’t understand why the religion does not emphasize that people should spend time studying and understand the unvarnished truth that is hinted by the symbols that they are taught.

Why did he ask these questions? This is Ibn Tufayl’s significant point. It “was his naïve belief that all men (were like him and Absal and) had outstanding character, brilliant minds and resolute spirits. He had no idea how stupid, inadequate, thoughtless, and weak willed they are, ‘like sheep gone astray, only worse.’”

Hayy pities the people and naively hopes that he can save and improve them. Absal, who has lived among people and understands them, tries to warn Hayy that his plan cannot work. Not only are the people incapable of understanding the truths behind the symbols they are taught, they will see any attempt to teach them these truths as a threat against their religion, against the very foundations of their lives.

The people listen to Hayy at first. They marvel at his teachings, but “the moment he rose the slightest bit above the literal and began to portray things against which they were prejudiced (against their preconceived superficial notions), they recoiled in horror from his ideas and closed their minds.” They are repulsed, disgusted, and angry. “Their inborn infirmity simply would not allow them” to even listen to him speak.

Looking at their faces and hearing their angry comments, Hayy understands that his goal, although important, is impossible. He “understood the human condition” and why he had failed. He now knew that the “sole benefit most people could derive from religion was for this world, in that it helped them lead decent lives without others encroaching on what belonged to them.” Hayy now knew that this was why the prophet could only teach them the symbols of the truth and was unable to encourage them to delve deeper. He recognizes that while the “true religion” cannot teach people the truth, it has an important social value.

So Hayy decides to remove the agitation he created. He goes to the people and apologizes. He tells them that he was wrong. He says that he now sees the light and realizes that they are right. He urges them to hold “fast to their observance and all the statutes regulating outward behavior and not delve into things that did not concern them, submissively to accept all the most problematical elements of the tradition and shun originality and innovation, follow in the footsteps of their righteous forbears and leave behind anything modern.”

Then Hayy and Absal leave the island of “true religion,” sail back to the island where Hayy had learnt to truth, and the two men spend their lives there delving into and contemplating that truth.

So, Ibn Tufayl ends his dramatization of what he tells us the ancients understood. The vast majority of people cannot be taught the truth and are threatened by it.