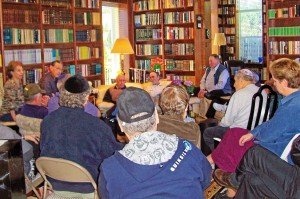 In view of the anniversary of Moses Maimonides’ death on December 27, 2010 – he died in 1204, 806 years ago – a reader of Dr. Israel Drazin’s four books on Maimonides asked him the following questions.

Question: People say about Maimonides that “from Moses to Moses there was none like Moses.” Do you understand that they are saying that Maimonides was greater than the talmudic rabbis?

Drazin: Yes. This statement also says that he was greater than the prophets.

Question: When was he born?

Drazin: Until recently, it was believed that he was born in 1135 in Cordova, Spain, and died in 1204 in Egypt. However, recent scholarship altered his birth date to 1138. The 1135 date was based on a statement attributed to his grandson David, while the recent date is grounded on his own statement in his Commentary on the Mishnah that he was about thirty years old when he completed it in 1168.

Question: What did Maimonides write?

Drazin: He was a prolific writer. He wrote books on logic, Mishnah commentary, law, ten volumes on medicine, philosophy, as well as over six hundred letters answering the many questions that were submitted to him by his admirers throughout the world. Three of his most noteworthy works are his extensive Commentary on the Mishnah, completed in 1168, his fourteen-volume code of Jewish law, called Mishneh Torah, finished in 1178, and his philosophical Guide of the Perplexed, completed in 1190. Each contains a clear, logical, rational presentation of the subject. There is nothing extraneous in his writings.

Drazin: Maimonides insisted that the basic duty of people is to use reason, to study the sciences and philosophy and base their behavior on the truth they acquire from these studies and from the Torah commands as understood by the rabbis. Anything that is contrary to logic in the Torah should be understood metaphorically. Thus, for instance, he wrote that the patriarch Jacob did not wrestle with an angel, this was a dream. Maimonides rejected the notions that most people have that God is involved in the daily life of humanity, that He manipulates lives to accomplish his purpose, He punishes people if they do wrong, and He may discipline an entire family or nation for the wrongs committed by individuals because they should have stopped the person from doing the wrong. Maimonides explained that all the Torah commands are rational, logical, and have three people focused purposes: to give good ideas and improve individuals and society.

Question: Do all Maimonides scholars accept the idea that Maimonides was convinced that God is not involved in human affairs and that he lets the world function according to the laws of nature?

Drazin: No. As a matter of fact, most Maimonides scholars believe, like most people generally, that God is involved in human affairs and that he rewards and punishes people who disobey divine commands. These people have problems explaining why bad things happen to good people. I do not read Maimonides in this way, and I am not alone in doing so.

Question: Why do bad things happen to good people?

Drazin: Maimonides explained that God created a world that is good. We do not know why He created the world, and it is wrong to think that He did so to benefit humans. We just don’t know. God who is good does not do anything bad. Bad things are caused by one or more of three things. People do harm to themselves, such as overeating. People harm other people, as when one nation attacks another to expand its territory. Or, a natural phenomenon, such as a hurricane, which is good for the world, it cleans the air, damages or kills people and property. Keep in mind that Maimonides stressed that the world was probably not created for people. A hurricane is seen as bad only from a people perspective.

Question: Did Maimonides think that people who spend their day praying or studying the Talmud are better than those who understand sciences and philosophy?

Drazin: No. In one of the final chapters of his book Guide of the Perplexed, chapter 51, he wrote that people who spend their time only studying Talmud do not come close to God.

Drazin: No. They lacked his unique intelligence. They were pious Jews and leaders of the Egyptian Jewish community, but they turned to Mysticism.

Question: Since Maimonides stressed rationality, was he religious?

Drazin: Absolutely. Some people think that he did not believe the radical philosophical ideas that he wrote in his Guide of the Perplexed and other writings because they find it hard to understand these ideas, and since they do not understand them, they think that they are wrong. They claim that he only accepted the laws in his law code. Others say the opposite: he wrote the law code for the general population, but did not observe them himself. I accept the view of still others who recognize that Maimonides felt that both philosophy and Torah law as interpreted by the rabbis are important; he was an observant Jew with rational ideas that differed from the notions of the general population simply because the general population lacked his intelligence. People called him The Great Eagle because he was far above all others.