There is a tradition that God commanded the Oral Law at Sinai. Some Jews take the statement literally. Others understand that it says that the spirit of the Oral Law derives from the Written Torah. Rabbi Dr. Binyamin Lau takes the latter approach and shows by countless examples that the Oral Law must keep developing. We “do not have an exact date for the beginning of the Oral Law…it seems that the beginning of this period must be placed somewhere between the time of Ezra and Nehemiah (about 450 BCE) and the ascent of Alexander of Macedonia (333 BCE).” Daniel R. Schwartz writes in the Forward that Rabbi Lau shows that “innovation and creations can be regarded as the realization of the Torah’s inherent potential and the preservation of its eternal relevance.”

Lau describes the struggles accompanying the onset of the Oral Law. The Sadducees and Pharisees were in conflict. “The Sadducees attempted to maintain the ancient regime.” “Their goal was to arrest the steadily increasing trend of Torah study in the tradition of Ezra” who introduced many innovations into Judaism. The “Pharisees forged a new path, paying attention to questions of community, economics, foreign policy and security.” The Oral Law emerged from these worldly concerns, and the Pharisees grew into rabbinic Judaism when the Temple was destroyed in 70 CE.

Lau offers many examples showing the development of the Oral Law, including many times where the new law conflicted with explicit Torah commands. The great sage Hillel, for example, introduced a law called prozbul that allowed creditors to collect debts beyond the sabbatical year. The Torah forbid this and stated that debts are annulled every seventh year. This Torah law caused people to stop lending money. Hillel found a way to “rescue” the Torah and “address changing times.”

Lau speaks about Nahum, a grandson of Hillel, “who stressed innovation at the expense of tradition.” He tells about Rabban Gamliel the Elder, another Hillel descendant, who was “courageous,” who “permitted that which had previously been forbidden” by allowing women to remarry on the testimony of a single witness to her husband’s death despite the clear biblical mandate that the testimony must be by two witnesses. He felt that “he had to maintain and perpetuate the tradition of creativity instituted by his grandfather, enabling the renewal of the Torah in a manner that addressed the dynamic needs of the generation.” 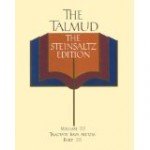 Lau mentions Rabban Yohanan ben Zakkai, among many others. When the ancient Temple was destroyed by the Romans in 70 CE, he “heralded a radical innovation in the religious life of Jews, affirming the equivalent value of religious life without sacrifices.” Remarkably, although the Tabernacle, its implements, and sacrifices make up a high percentage of the Torah, ben Zakkai said we don’t need sacrifices to be good Jews.

Why then do current rabbis fail to solve the terrible problem of the “trapped women,” called agunot in Hebrew, whose husbands disappeared or who refuse to give their wives a Jewish divorce and, as a result, these women cannot remarry. Isn’t it time for the Oral Law to develop to solve this heinous crime?

Lau mentions that when Ovadia Yosef was elevated to be the chief rabbi in Israel in the twentieth century, he emphasized that the European strain of Judaism, Ashkenazic Jews, were “tending toward stringency and rigid interpretation of the law as distinct from kindness and leniency.” Ovadia Yosef said: “I am from the House of Hillel.”

Lau reveals many interesting changes in Judaism. Although the Torah assigned the duty of teaching the Israelites to the priests, and although one of the two leaders of the Judeans who returned from the Babylonian exile in 536 BCE was a priest, no priests are mentioned among the many teachers in The Ethics of the Fathers. In fact this book “chose to skip over the priests and to convey the torch of the Torah directly from the prophets to the sages of the Second Temple.” The change was necessary because the priests were corrupt. The first action of these new leaders, called sages, was to assure that the Torah was not the sole possession of a single class; they bequeathed the Torah to the entire nation. Ezra, for example, introduced the new rule that the Torah should be read in assemblies on Mondays and Thursdays, in addition to the previous practice of reading it on the Sabbath, holidays, and the day of the new moon, so that three days should not pass without connecting to Torah. Remarkably, he changed the script of the Torah from the script of the days of Moses, to lettering that the people could understand, and he had the Torah translated so that it would be user-friendly.

Lau also examines the periods when the sages made their statements and thereby clarifies their motivations. For example, he describes how Antigonus of Sokho – who taught: “serve not for the sake of receiving a reward” – lived in a time of “philosophical turmoil over the questions of Providence, the service of God, and reward and punishment.” These concerns raised questions about life after death and resurrection of the dead. This was the time of the Greek philosopher Epicurus who denied the existence of God. Lau is unafraid to state that Antigonus’ approach to the concept of reward and punishment “accurately reflects Maimonides’ (1138-1204) position on the issue” but despite being in the Talmud, it “does not represent a Jewish tradition.” 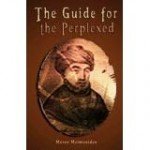 Lau, a highly respected learned Orthodox rabbi and a well-respected lecturer, approaches his subject with a rational, scientific, and historical manner. Thus, when he discusses the traditions about the miracle worker “Honi the circle-maker,” who like Rip Van Winkle, is said to have slept for seventy years, Lau calls it “an exaggeration.” Likewise, in discussing the Talmudic understanding of history, he states: “The sages were indeed not concerned about historical accuracy.” He notes that in sifting “through the sources of (the second Temple) period, one is struck by the discrepancy between the sources of the Babylonian Talmud and those of the Jerusalem Talmud.” “The nature of Hanukka,” he writes, differs in the two books (of the Maccabees), each version reflecting its author and his culture,” and there is a third radically different version in the Talmud. Most significantly, he discusses the famous disputes between the sages Hillel and Shammai and forthrightly points out that the opinions of Shammai were “representing the ‘early halakha,’ prior to the changes resulting from Hillel’s innovations.”

In sum, Orthodox Rabbi Dr. Binyamin Lau presents an historical survey of Judaism that recognizes the need to further the development of the Oral Law to address the problems of the modern world. We need: “Leadership that stands up and takes responsibility (and leads) toward the direction of repair and growth.” We need to stop being “afraid of issuing judgments.” The power of Judaism “does not derive from addiction to the world of nostalgia.”