A new, eye-opening, and interesting way to understand biblical narratives

Subversive Sequels in the Bible

How Biblical Stories Mine and Undermine Each Other

Judy Klitsner introduces readers to a new, eye-opening, and interesting way of understanding biblical narratives in her book, which won the National Jewish Book Award. She reads the stories as one reads good literature. She shows that different biblical tales frequently and purposely use similar language, often the same word, to draw readers’ attention to the connection between the tales. The basic part of this technique is well-known and used by many people to help them understand and appreciate the depths of biblical narratives. However, Klitsner moves a step further and makes a profound contribution to the understanding of the Bible. She proves, with dozens of demonstrations, that the subsequent stories subvert – radically reexamine, develop, and change – the idea or ideas that are in the prior tale. 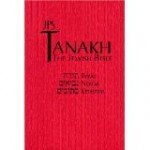 For example, three of her six chapters examine the changes in the Bible’s portrayal of women. The first narrative, in Genesis chapter 1, depicts the first humans as “full and equal partners in their capacity to create and subdue.” However, in chapter 2, “the equality between man and woman is lost.” The man patronizingly “views her as a unique and irreplaceable gift, and as one who gives him as sense of completion as a human being.” Thus, chapter 1’s equality of the sexes is lost. The woman becomes subservient to man, a source of pleasure.

The woman is frustrated with this demeaning secondary status. At the end of chapter 2, we discover another subversion. She seeks independence, meaning, and satisfaction. She speaks with the serpent in the Garden of Eden. The serpent, says the Talmud, Baba Bathra 16a, is her “evil Inclination,” her inner urge. She expresses her feelings by violating the man’s command, which he says is from God, by eating the forbidden fruit.

In the next sequel, in chapter 3, her status deteriorates further; the male gives her a name, Havah, Eve in English. The naming expresses his mastery over her, just as when he named the animals he showed mastery over them. God accentuates this when He declares “he will rule over you.”

But, Klitsner stresses, this is not a biblical pronouncement that women must be unequal. It is “a description of sociological realities that play out through much of human history.” This becomes clear when we read in the subsequent sequel, when the pair are driven from the garden, that its entrance is guarded by “cherubim,” two angelic figures, which a Talmudic tradition, in Yoma 54a, understands as “symbols of male-female equality.” “Seen in this way, the Cherubim symbolize male-female equality as a prerequisite to entering…God’s holy places.”

This Klitsner emphasis helps readers understand why the Torah composes its tales in this extraordinary way. Each narrative is an event or parable written to express a particular message and is not intended to reveal the entire truth. The truth can only be grasped by reading the entire Torah, all of the narratives, not by reading one in isolation.

Klitsner builds upon these subversive sequels to analyze the relationship between the patriarch Abraham and his wife Sarah, with the result that we see Abraham in an unfavorable light. We note that God too speaks to the male, but not to the female, just as in the Adam and Eve narratives, except once, when God criticizes Sarah for laughing at the divine prediction that she would have a son. Klitsner also examines the stories of Sarah’s daughter-in-law Rebecca, Isaac’s wife. She highlights that all of the biblical women, beginning with Eve, Sarah, Rebecca, and Rachel, express frustration over their subsidiary role. Yet, she also reveals that in the subversive sequels about Deborah, Jael, Manoah’s wife, and Hannah, the Bible considers their frustration justified and their mistreatment by society and their spouses terribly wrong.

This is what Klitsner discusses in half of her book. She focuses on three other issues in the other half. All are interesting, thought-provoking, and worth reading.